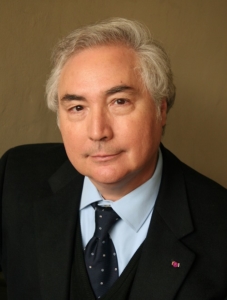 Between 2004 and 2010 he held multi-year appointments as Distinguished Visiting Professor at the Massachusetts Institute of Technology (2004-2009), at Oxford University (2007-2010) and at Santa Clara University (2008-2010) and at Cambridge University (2012-2014). From 2004 to 2010, he was Director of the Internet Interdisciplinary Institute, Open University of Catalonia. Since 2009 he is a permanent Visiting Fellow of the Stellenbosch Institute for Advanced Study, in South Africa from 2011. He has been a Visiting Professor in 17 universities around the world and invited lecturer at hundreds of academic and professional institutions in 45 countries. He has authored 26 books, including the trilogy “The Information Age: Economy, Society, and Culture”, 1996-2003, published by Blackwell and translated in 23 languages. He has also co-authored and edited additional 22 books. He has received, among other distinctions, the Guggenheim Fellowship, 1982; the C. Wright Mills Award from the American Society for the Study of Social Problems, 1983; the Robert and Helen Lynd Award from the American Sociological Association, 1998; the Order of the Lion of Finland and the Order of Arts and Letters from the French Government, 2002; the Ithiel de Sola Pool Award from the American Political Science Association, 2004; the Order Gabriela Mistral from the President of Chile, 2005; the Order of Santiago from the President of Portugal and the Cross of St. Jordi from the Government of Catalonia, 2006; the National Prize of Sociology and Political Science from Spain, 2008; the Erasmus Medal of the Academia Europaea, 2011; the Holberg Prize 2012 from the Norwegian Government; Balzan Prize for Sociology from International Balzan Prize Foundation, in 2013; Eulalio Ferrer Prize and International Award UCLG – MEXICO City – Culture21, 2014. He has received Honorary Doctorates from 15 universities in Europe, North America, Latin America, and Asia as well as several honorary professorships and university medals. He is a numerary academician of the Spanish Royal Academy of Economics and Finance, an academic of the Academia Europea, of the British Academy, of the Mexican Academy of Sciences and of the American Academy of Political and Social Science. 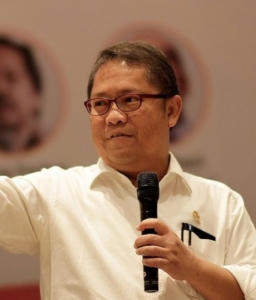 Rudiantara, S.Stat.Minister of Communications and Informatics of Indonesia
Rudiantara S.Stat is currently the Minister of Communications and Informatics of Indonesia. He is a professional in telecommunications and has worked at Indosat, Telkomsel, Excelcomindo (now XL Axiata), and Telkom. He started his career in 1996 in Indosat as General Manager of Business Development. After, he was the Chief Operating Officer of PT Telekomindo Prima Bhakti and held several executive positions for 11 years in Indosat and Telkomsel until 2006, when he was appointed to minister.
Page load link
Go to Top